The image above: NAVAIDs/Waypoints & Flight Routes displayed around the world

This week AirNav RadarBox's feature of the week focuses on NAVAIDs, waypoints, and routes, a set of navigational features available on the Radarbox.com website. NAVAIDs, waypoints, and routes are essential tools used in flight planning and navigation in the aviation industry. These features can be turned on individually or all together and are colored based on geographic region for easy identifcation. Let's explore these features now! 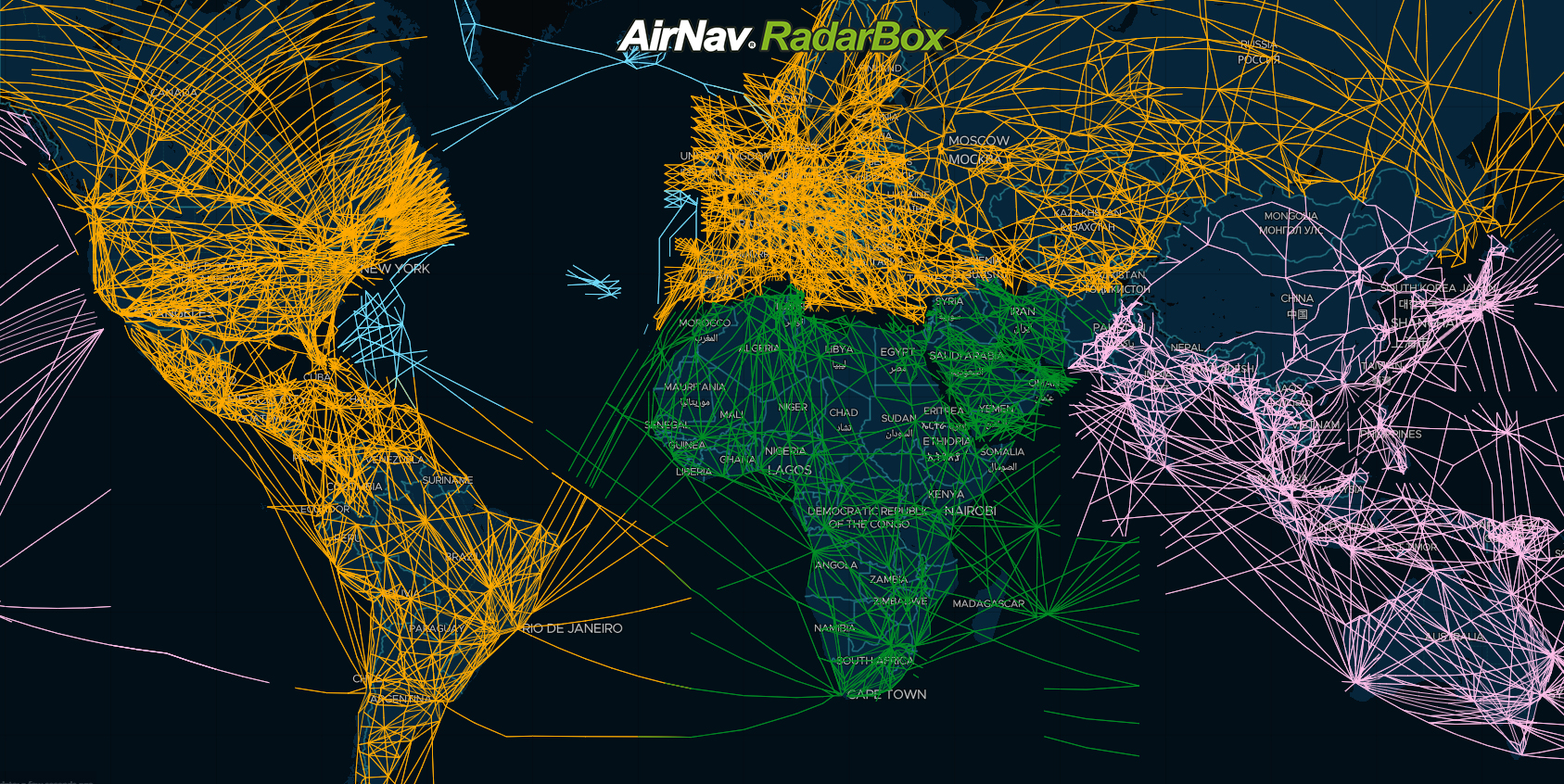 The image above: Flight Routes displayed on the RadarBox map

Routes, known as "highways in the sky," show the various fixed tracks and routes that aircraft and flights fly on. Each region of the world has its own color-coded routes for clear distinctions between the continents. We currently display routes over the Americas (South America, Central America & North America), Asia, Africa, Europe, the Middle East, and the Atlantic and Pacific Oceans. 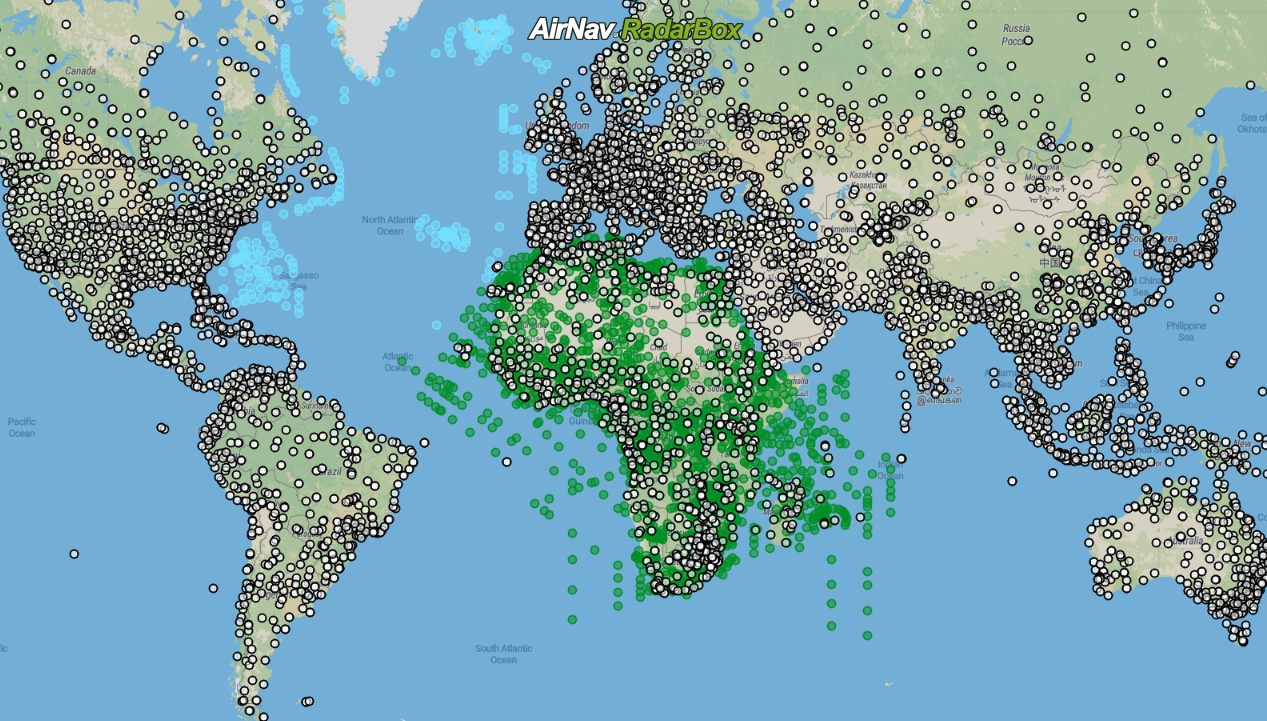 The image above Navaids & Waypoints displayed over 6 continents

NAVAIDs refer to navigation aids. These are essentially the radio beacons that help pilots navigate while flying. Similar to the routes feature, users can turn them on for each continent, and RadarBox displays navaids over Asia/Pacific, Americas, Middle East, Europe, and Atlantic ocean.

Waypoints, also known as Reporting points, refer to a certain point on the globe precisely defined by geographical coordinates via GPS. Waypoints are represented on the RadarBox map as tiny pink circles. Just like NAVAIDs and Routes, you can turn them on for specific geographical regions around the world: Africa, Asia; Europe; Americas; Middle East; Atlantic & Pacific oceans.

Besides all these features that provide information for pilots to navigate while flying, we have two focused map options: Sky Vector VFR and Sky Vector LO. 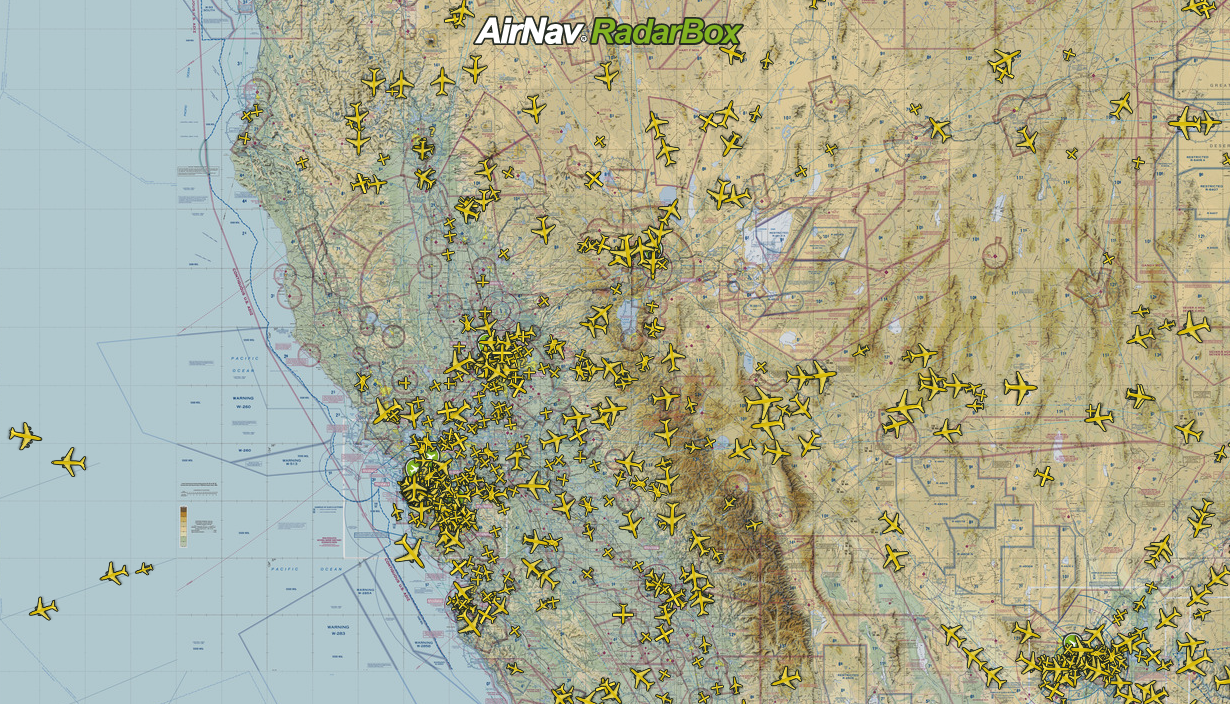 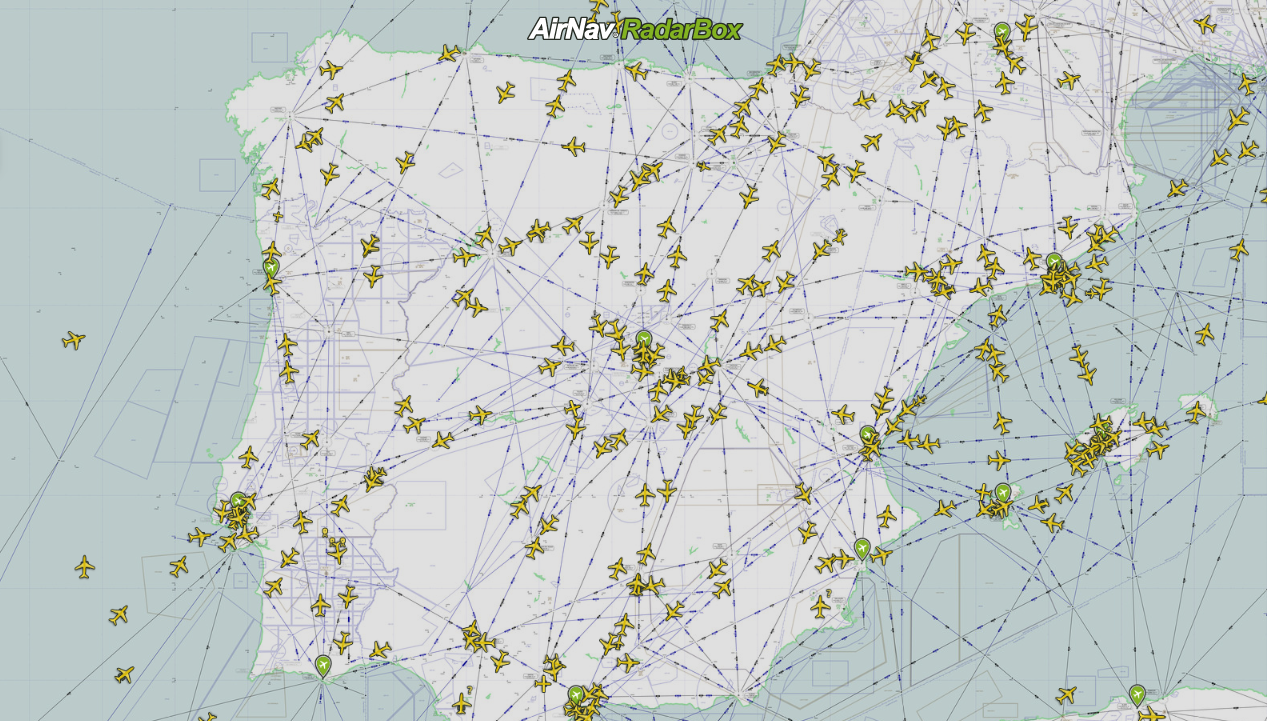 The Sky Vector VFR/LO map option - the sky vector aeronautical chart -  is an outstanding navigation reference and tool for pilots and crew during operations and fundamentally for flight planning.

How to activate SkyVector (VFR/LO) aeronautical chart on RadarBox.com

To use Sky Vector's aeronautical chart map option, go to the right side of the RadarBox.com page, select the sixth item, "Map Options," and double-click it. Then go to "Maps" and select one of the available maps. Done! 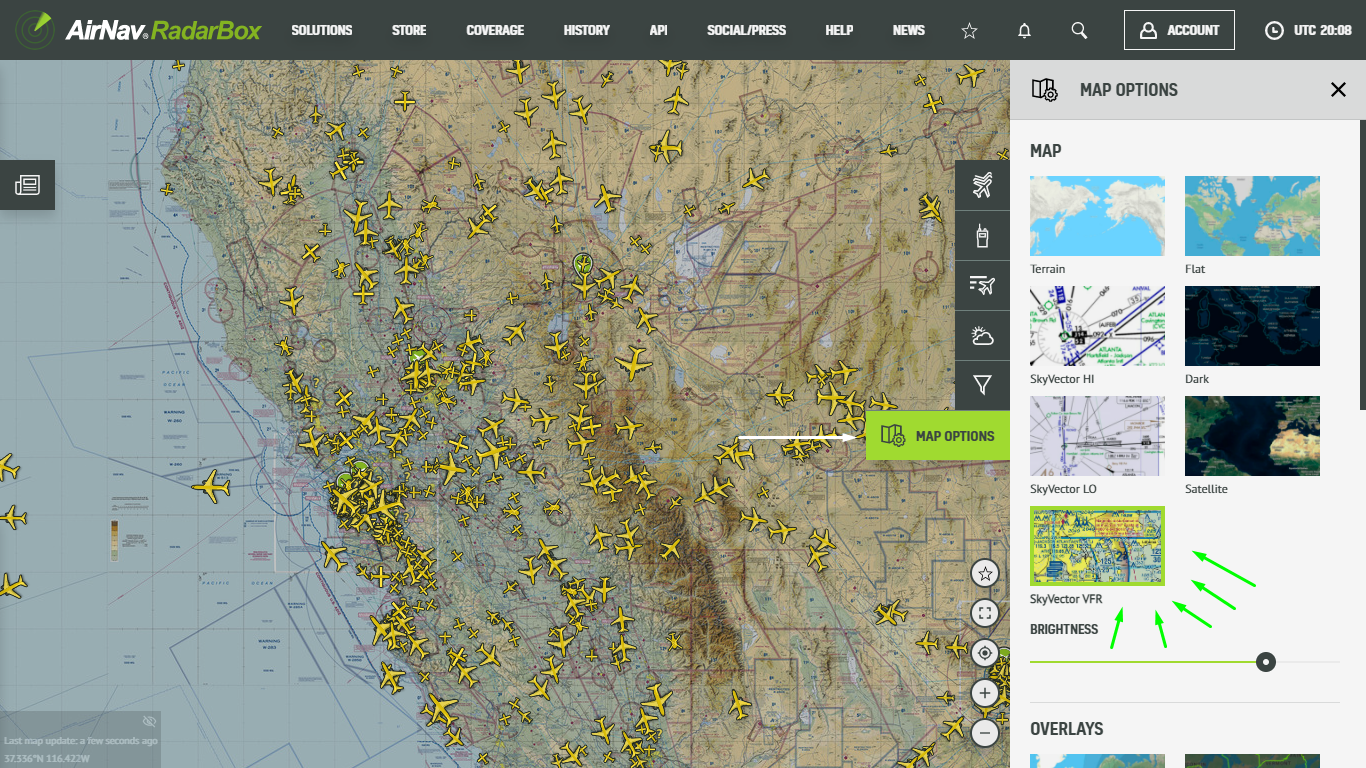 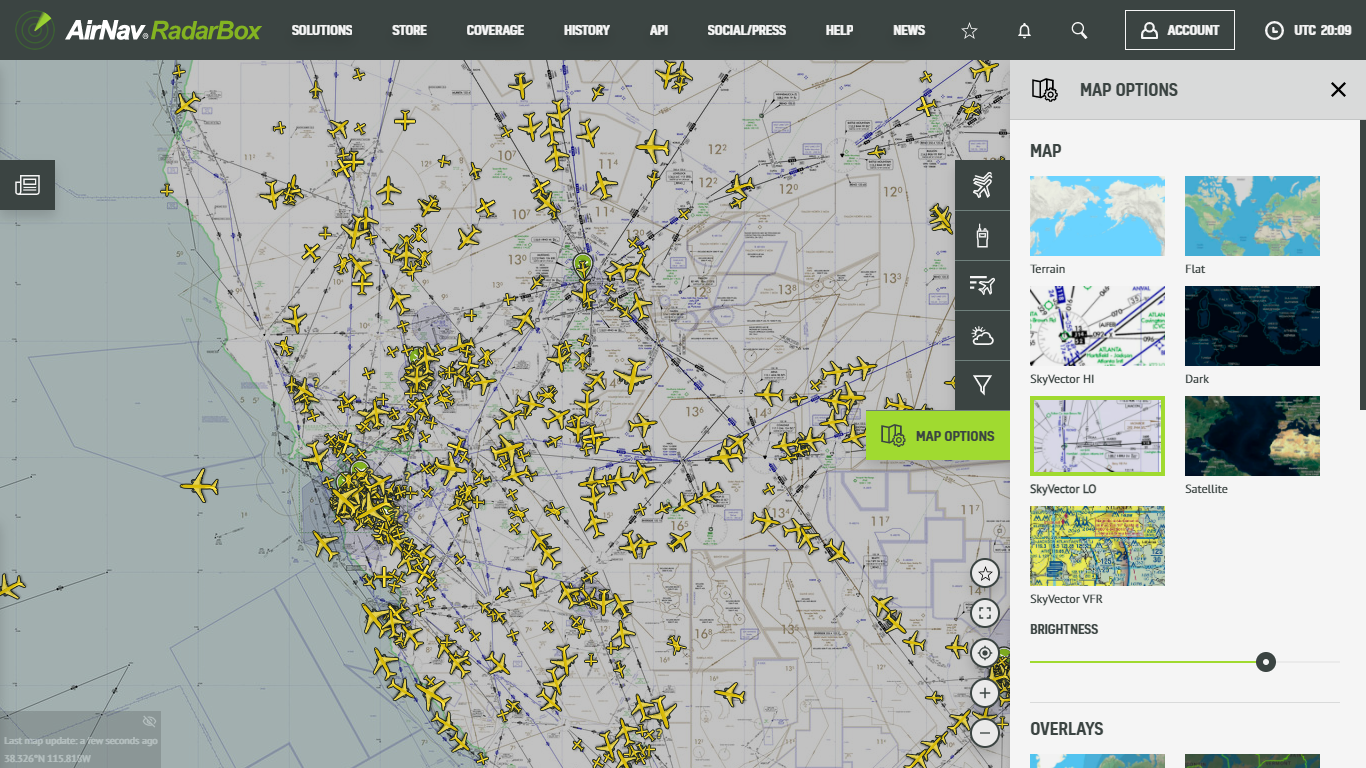 How to activate NAVAIDs & Waypoints and Routes on RadarBox.com 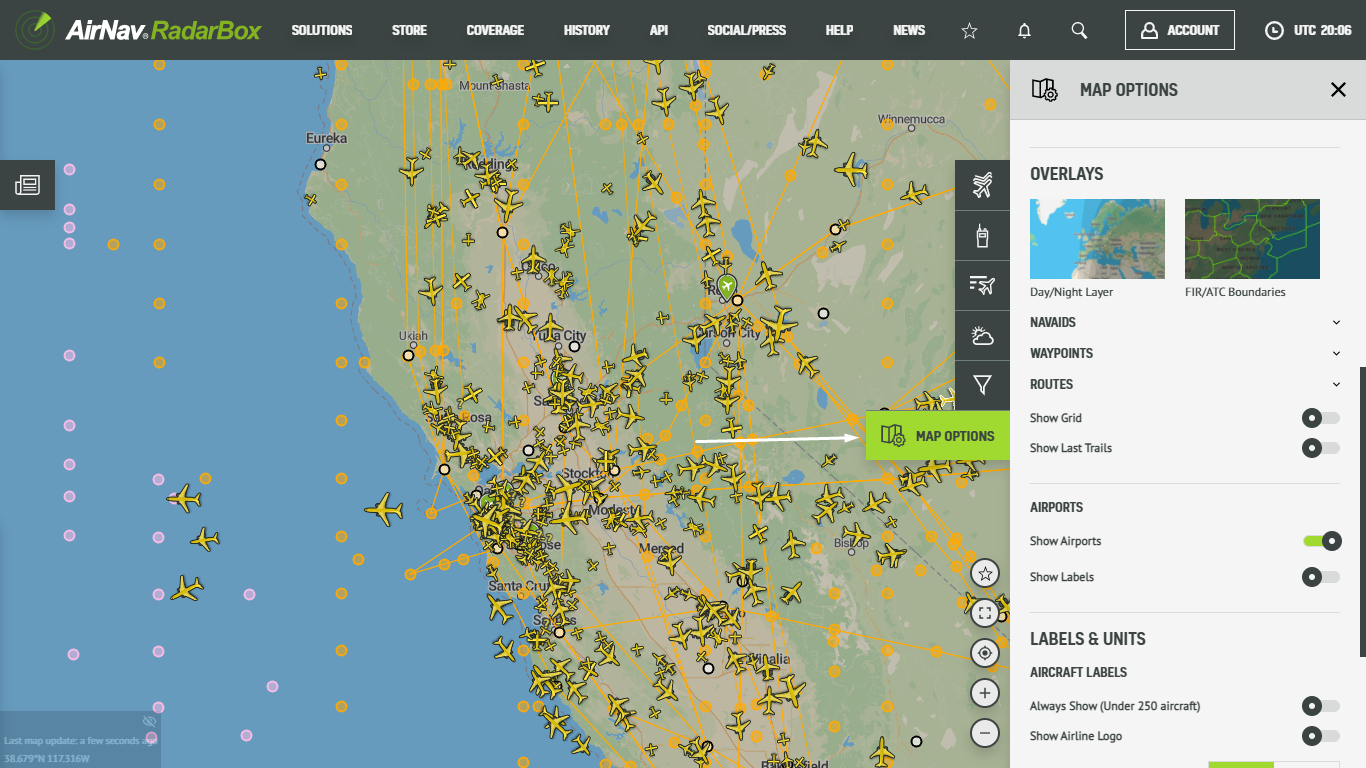 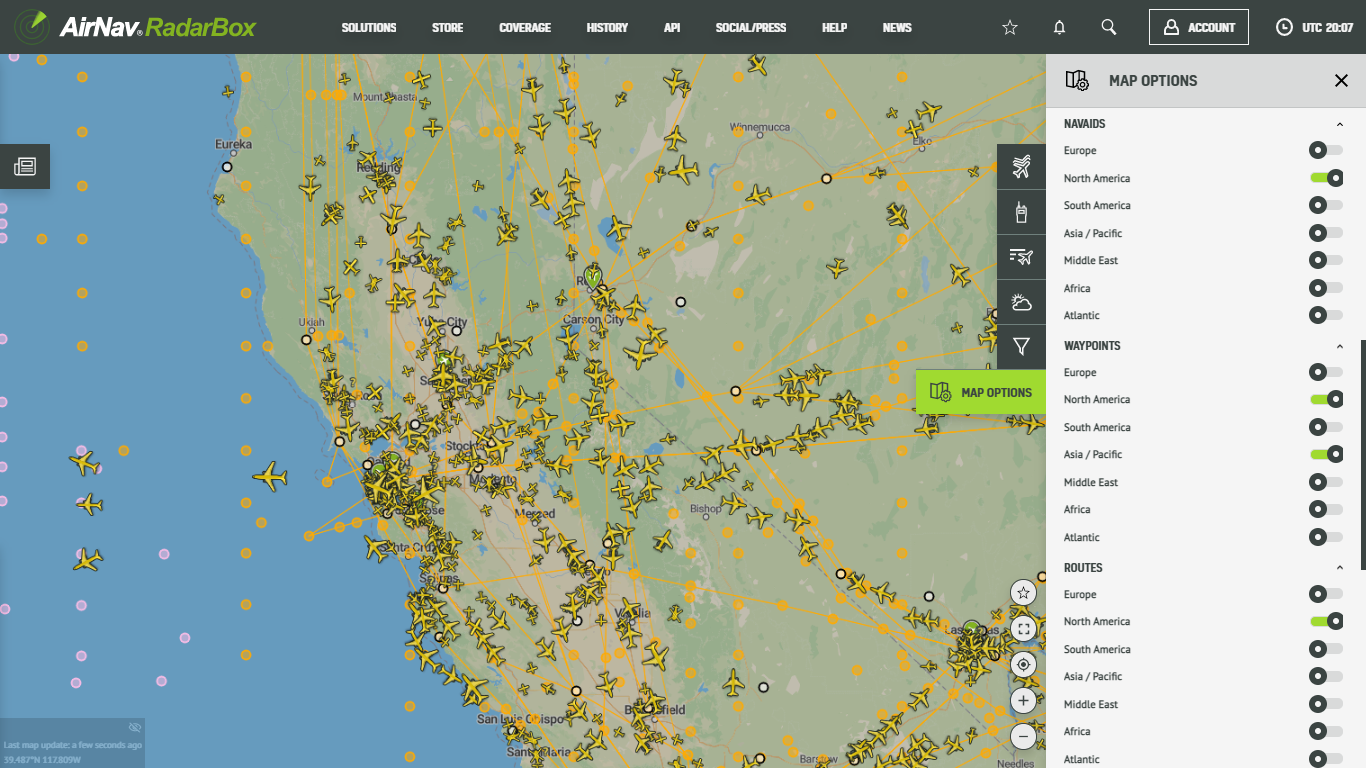 Do you have any questions or feedback? Please send us a tweet with the hashtag: #RadarBox or send us an email with your problem/question or feedback to: [email protected]

To receive some of these benefits, why not consider subscribing to RadarBox?